Black women are PHENOMENAL, and they the most beautiful shapes, forms, and colors. We honor them through PhenomenalMag.com, a.k.a. IAmPMAG — I am Phenomenal, Magnificent and Gorgeous — which features the wonderful fashion, beauty and lifestyles of the most glorious of God’s creations.

But there is another phenomenal side to this woman: Warrior. She is battle-tested, super-healthy, muscular, lean, powerful, fit, speedy, cardio-strong, weightlifter, powerlifter, bodybuilder, phenomenally healthy-living, healthy-eating, and spiritual — a real-life wonder woman!

This is what we highlight, praise, and proudly teach through PGainz.com (PhenomenalGainz.com). PGainz.com will shine the spotlight on our PMAG-proud Black women and give life to those who wish to be the best of themselves. Gloriously showcasing the "Gainz" made in the gym, exploring workouts, and reveling in the "Champions of the Losses,” we celebrate women who have conquered through sacrifice and won, those still in the thick of the battle, and most importantly, those who are just beginning the journey.

PGainz.com will be the ultimate fitness site for Black women and champion their healthy and winning lifestyle.

Most people have no idea why film festivals really exist — to introduce filmmakers to distributors. As a bonus, they are also a way for filmmakers to show their films and projects to critics and fans. The big problem with most film festivals, however, is that they are expensive, skewed toward major filmmakers only and riddled with politics. In fact, when faced with the heavy costs and out-of-pocket monies required by these pricey events, many deserving indie filmmakers find themselves forced out way too often.

Enter Legends Film Festival and its approach that many call “the best” and “what a film festival should be.” Geared toward INDEPENDENT FILMMAKERS, Legends Film Festival flings the doors open to all artists, highlighting not just the “best” but giving everyone the chance to show off their works.

The greatest thing about the craft of filmmaking is its unbounded creativity. It is an art form perfectly made for unlimited interpretations, where artists can bring their imaginations to life and draw the world in to see. We all know the hard work that creatives like you put into your projects, no matter if your filmmaking is a full-time career or a side “dream come true.” You are seeking an opportunity to showcase your great art, and Legends Film Festival was born to provide it.

With an all-digital format created and formed BEFORE the global pandemic, Legends Film Festival gives INDIE FILM PRODUCERS & CREATORS a chance to be part of a GLOBAL FILM FESTIVAL! Yes, with a GLOBAL AUDIENCE! We proudly present this International platform for you to show off your 5-minute short or showcase your well-made, meaningful documentary that teaches the world what it should know. We want you to spotlight your feature film that will be the next step — or even the first — toward launching you into the blockbuster filmmaker you have always dreamed of becoming.

Legends Film Festival will be the most important film festival on the globe elevating fresh, vital voices, stories and perspectives like yours. It will give you the ability to show your work to a worldwide audience — imagine screening your project to people in Paris, France, while you are in your home studios in The Bronx, New York, or beyond! All without having to worry about the politics behind your work being chosen or submitting it to a committee that cannot see your vision.

Legends Film Festival represents the true art form of filmmaking and celebrates its greatest gift all the world over — Creation! 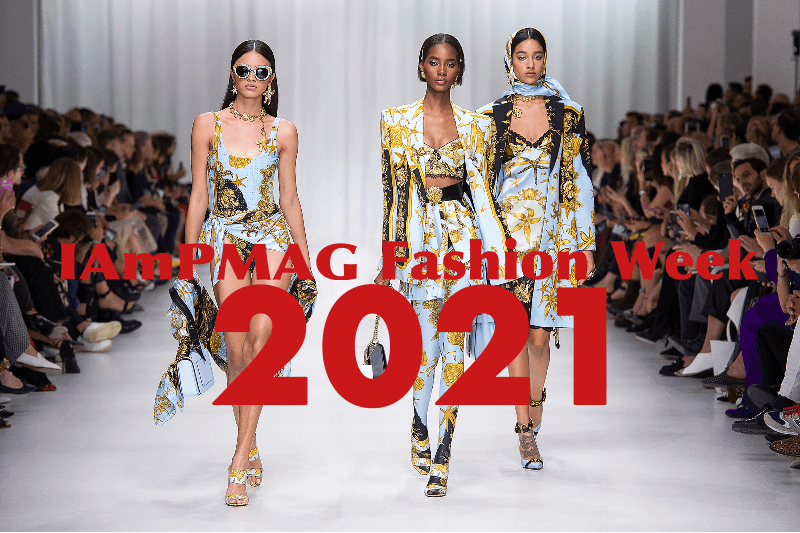 New York, Paris and Milan host some of the largest, grandest fashion weeks that the world has to offer, but there is a big problem. These events cater mainly to prominent fashion houses and high-end name brands. Their spaces are politically set and feature only certain companies and designers, whose collections are then heavily plugged by the fashion media. This creates a wall of “establishment,” and it is difficult for new or “outside” designers to penetrate it.

Another big hindrance with those fashion weeks is cost, with prices to show ranging anywhere from $125,000 to $325,000, plus the cost of runway samples. Yet designers are not the only ones facing expensive fees — Distributors, stores, and customers all attend shows to see the latest collections. If you want to attend New York Fashion Week in person, tickets cost $500-$1500 per day, depending on the show/designer, and that is without airfare, hotel fees, meals and cab fares.

Now there is a fabulous new stage primed to turn the fashion world on its heel: Phenomenal Fashion Week. Here, Phenomenal Designers can finally fully compete, free from the racially-unfair terms that have been historically ingrained within the fashion industry. Through Phenomenal Fashion Week, Black fashion creatives can design the shows of their dreams, do fabulous events on budgets they can afford, and have them streamed all over the world! As a featured Phenomenal Fashion Week designer, you can have your shows, clothes, accessories and more presented to a global audience — an audience who can then become instant customers, guided straight to your website/online store to order the items they love!

This is YOUR TIME. It is your turn to unleash your dreams and flaunt your talent across the globe, showing everyone just how imaginative and fantastic your designs are. This is your fashion week, Black Woman. The old guard can no longer hold you outside of the gates because now you now have a direct connection to your worldwide audience. Finally, everyone can see and appreciate just how Phenomenal, Magnificent and Gorgeous your fashion creations truly are!

Women have long played essential roles within the greatest productions of all time. They have been the leading minds, hearts and creative forces behind some of the most wonderful pieces of art. Often, women have been the motivation, the inspiration, and the foundation that made them possible.

Throughout history, women have produced creative energies that have gone unmatched, yet most of their works have never been properly distributed to the world. Some will say the industry honors women with a month that celebrates their contributions, and others believe that media recognizes women with cable TV channels. But those are mainly productions marketed to women, not necessarily ones CREATED BY WOMEN!

Women can produce works for everyone, including men — and they do — but the entertainment establishment routinely squeezes female creatives into a box serving only women, if it recognizes them at all.

This is not just another channel crammed into a space where women have historically been pitted against one another. No! LensedByHer is a full streaming service that gives female creatives the proper spotlight that they deserve.

Showcasing so many women who are independent film and TV producers, directors, screenwriters, and more who help bring projects to life is a great way to display their talents. But more than that, it is absolutely essential and needed for young girls, women and everyone who is moved and motivated by great works of art.

Slated to begin its first productions in 2021, Magic Treasure Productions will also partner with other leading production companies in bringing great works of art to the world.

Backed by an award-winning team and state-of-the-art equipment, and with studios being planned to be built in 2021. Magic Treasure Productions takes great delight in knowing if we can dream the magic, we can create treasures!